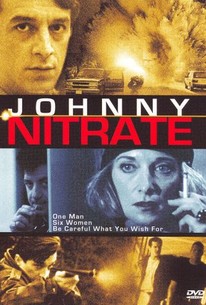 Something of an Italian variation on Hal Ashby's 1975 Shampoo (and the Wycherley play +The Country Wife, from which it was loosely adapted), Carlo Liconti's 1996 sex comedy Johnny Nitrate (aka The Undertaker) tells of a randy Mediterranean hairdresser, the women he beds, and the complications he inadvertently adds to his life when he decides to add his cousin's bride to his assortment of conquests. Tony Nardi and Janet-Laine Green star.

There are no critic reviews yet for Johnny Nitrate. Keep checking Rotten Tomatoes for updates!

There are no featured reviews for Johnny Nitrate at this time.