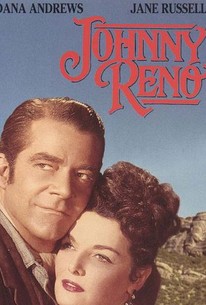 Johnny Reno (Dana Andrews) is a US Marshall who is bushwhacked by outlaws on his way to Stone Junction, Kansas. Joe Connors (Tom Drake) and his brother Ab (Dale Van Sickle) mistakenly believe the lawman is after them and fire on Reno, and Reno captures Joe after Ab is killed in the gun battle. The two face an angry mob in a town where local Sheriff Hodges (Lon Chaney, Jr.) is in cahoots with the corrupt Mayor Jess Yates (Lyle Bettger). Although Reno believes Joe may have killed an innocent Indian, he must protect the prisoner from the growing mob that threatens to lynch the man before his trial. Jane Russell plays Johnny's sweetheart Nona, owner of the local saloon.

A below-average western, which not even its star power can save.

Hopefully will introduce a new generation to the acting of some great stars like Dana Andrews, Jane Russell and Lon Chaney Jr....

Feeble junk with one time movie stars parading around in a wild west town that seems to have a law against anyone under the age of 50 living there. Laughably staged fight scenes with obvious stuntmen is only the start of the problems with this picture. Dana looks half dead throughout, Jane is okay but has been much better and most everybody else acts bored. One of A. C. Lyles cheapie westerns from the 60's and not one of the stronger ones.