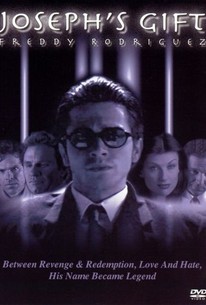 Philippe Mora's drama Joseph's Gift, adapted from the biblical story of Joseph, stars Freddy Rodriguez as Joseph Kellar. Joseph has long been the apple of his father's eye, making his brothers seethe with jealousy for years. When the father gives Joseph a gift of an expensive coat, the brothers decide to finally act on their base impulses. During a visit to New York City, the brothers strand Joseph and convince their father that Joseph is dead. Cut off from his family, Joseph is forced to start his life over again. Decades later, Joseph confronts his family, and must decide if he will sink to their level, or take the high road.

Marcel Marceau
as The Snake
View All

There are no critic reviews yet for Joseph's Gift. Keep checking Rotten Tomatoes for updates!

There are no featured reviews for Joseph's Gift at this time.