The Journey of Natty Gann1985 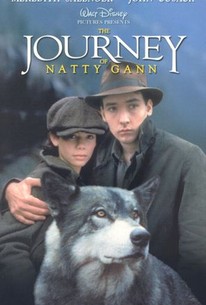 The Journey of Natty Gann Photos

Disney's The Journey of Natty Gann stars Meredith Salenger in the title role. During the Depression, Natty's father (Ray Wise) takes a job in a Northwestern lumber camp, leaving his daughter behind in Chicago with the promise that he'll send for her when he's put together enough money. Unwilling to wait that long, Natty runs away from her guardian (Lainie Kazan) and hops a freight bound for her dad's camp. In addition to the human friends she accrues along the way, including vagabond John Cusack and tough-but-nice juvenile delinquent Barry Miller, Natty is protected on her journey by a friendly wolf (actually a dog, but you try training a wolf). Journey of Natty Gann stretches its "PG" rating as far as possible, but it's still safe and sane entertainment for the younger crowd.

Sheelah Megill
as Lady at Mill

Critic Reviews for The Journey of Natty Gann

It's a typical animal adventure, stripped of its guts by an enfeebling if commendable effort to shield young viewers from violence and death.

The real missing element is heart.

Of course we all know what ''Natty Gann'' is leading up to, but it`s a testament to the landscape and to the freshness of Salenger that getting there is such a joy.

For the truth is that Natty Gann is a very good movie by anyone's standards.

How sweet it is for a reviewer to encounter an unheralded film that gladdens the heart and replenishes the soul The Journey of Natty Gann is one of that rare species It is a well nigh perfect film.

Despite the script's simplicities and some over-lacquered photography from Dick Bush, enough warmth and sincerity remain to make this one of Disney's best family offerings for some time.

The Journey of Natty Gann has an excellent sense of time and place in its multiple settings.

It's disheartening to contemplate what Disney Pictures deems necessary in order to woo an audience these days.

There's plenty of action, but the film scores best for its depiction of the hardships many children were forced to face in the 1930s.

The Journey of Natty Gann proves that family entertainment doesn't have to be pap but can make demands on audiences and give them a more realistic view of America.

The performances are uneven, the story is rigged, and the ending -- which tries sincerely to be inspirational -- is just corny.

This is an interesting history lesson wrapped up in a coming-of-age story that should fascinate boys and girls and grown-ups alike. Darker than your average Disney family movie, this is a little gem.

Audience Reviews for The Journey of Natty Gann

I definitely remember this movie.

I remember it was okay, but I was pretty little

Lovely, old-style Disney movie a young girl running away in the Great Depression with her only companion is a wolf. Surprisingly unsentimental and enjoyable stuff.

The Journey of Natty Gann Quotes