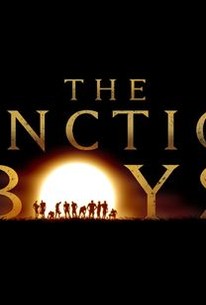 Long before his legendary association with the Alabama Crimson Tide, football coach Paul "Bear" Bryant was athletic director at Texas A&M University. In this made for TV movie, the hard-as-nails Bryant (played by Tom Berenger) shepherds 100 potential college football players into the desolate village known as Junction, Texas, in the summer of 1954. Determined to find out which of his boys has the guts and fortitude to play winning football, Bryant forces the applicants to train eight hours a day in 120 degree heat, without food or water. Ultimately, only 35 players make the cut, among them such gridiron luminaries as Gene Stallings and Jack Pardee (though, outside of Bryant, none of the players' actual names is mentioned in the script). "Bear"'s grueling regimen is tough, relentless and perhaps unfair, but the football players emerge as a unified whole, dedicated both to victory and to their tireless coach. The second feature film produced especially for the ESPN cable network, The Junction Boys was based on the book by Jim Dent, and originally aired on December 14, 2002.

Critic Reviews for The Junction Boys

Audience Reviews for The Junction Boys

I remember very little about this.