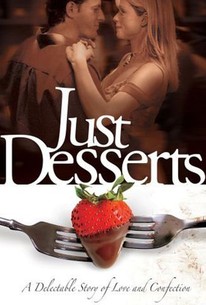 The Bronx bakery owned by the family of Marco Poloni (Costas Mandylor) is on the verge of bankruptcy, and Marco's Uncle Fab (David Proval) is poised to sell the place to a nationwide donut chain. To save the establishment and keep it in the family, Marco enters the "Golden Whisk Dessert Competition," hoping to win the 250,000-dollar grand prize. He further persuades the restaurant's brilliant pastry baker Grace Carpenter (Lauren Holly) to be his partner in the contest, to which she agrees, even though she's fed up to the gills with Marco's explosive temper. Grace isn't the only person who's annoyed at Marco; one of the competing contestants is his former food academy classmate (and now his bitterest enemy) Jacques du Jacques (Andrew Lauer), while among the judges is Marco's onetime teacher and mentor Emile Fragonard (Jean-Pierre Bergeron), who had washed his hands of his contentious student years earlier. And then there's the matter of Grace's jealous boyfriend. A joyous reunion for ex-Picket Fences co-stars Lauren Holly and Costas Mandylor, the made-for-cable Just Desserts premiered February 8, 2004, on the Hallmark Channel.

Wolfgang Puck
as Himself

Mary Sue Milliken
as Herself

Susan Feniger
as Herself

There are no critic reviews yet for Just Desserts. Keep checking Rotten Tomatoes for updates!

There are no featured audience reviews yet. Click the link below to see what others say about Just Desserts!