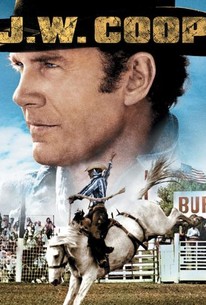 Cliff Robertson co-wrote, directed, and starred in this meditative mood piece whose reflective modern day western aura has its origins in David Miller's The Lonely Are the Brave. Robertson plays J. W. Coop, a rodeo rider who returns to the outside world after spending ten years in prison for writing bad checks. During Coop's time in jail, both the world and the rodeo-riding circuit have drastically changed, and Coop must somehow adapt himself to a new reality -- jet-setting rodeo riders and liberated women. As Coop struggles to adjust, he forms a relationship with Bean (Christina Ferrare). With her help, he decides to enter a national rodeo championship.

Mary-Robin Redd
as Bonnie May

Larry Mahan
as Himself

Jim Madland
as Himself

Sharron Rae
as Herself

Ambles along without a much focus and be warned the ending is a real downer. Decent acting but apparently Geraldine Page was given second billing because of her stature, she is in the film briefly at the beginning and then vanishes from the picture.