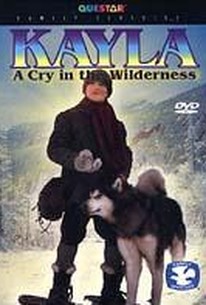 This Canadian movie about a boy and his dog during the early 1920s is set in the countryside southeast of Montreal. Twelve-year-old Sam MacKenzie (Tod Fennell) is the son of an Arctic explorer who vanished in the tundra. His mother Althea (Bronwen Booth) has remarried, but Sam isn't as close to his stepfather, country doc Asa Robinson (Henry Czerny), as he is to the wolf-like dog Kayla. Sam builds a dog sled to enter a race with Kayla, but he soon is stunned to learn a request was made to have local authorities kill Kayla. Peter Behrens' screenplay is based on the novel by Elizabeth Van Steenwik. ~ Bhob Stewart, Rovi

There are no critic reviews yet for Kayla. Keep checking Rotten Tomatoes for updates!

There are no featured reviews for Kayla at this time.