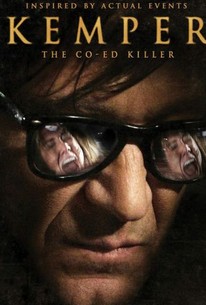 Crazy for Christmas screenwriter Rick Bitzelberger makes his feature directorial debut with this brutal true crime drama based on the shocking case of Ed Kemper, the Santa Cruz serial killer who earned the nickname "The Co-Ed Killer" due to his penchant for preying on pretty young college students. An outwardly normal and unremarkable man, Kemper's decidedly low social profile helped him successfully deflect the suspicion of even Detective Tom Harris, a longtime friend of the secretive sociopath. Later, when Detective Harris is assigned to catch the killer, he is caught completely off guard by the revelation that his old friend Ed is to blame for the savage slayings. Now trapped in a vicious game of cat and mouse with the man who was once his friend, Detective Harris attempts to outsmart Kemper before the rampaging madman takes any more lives.

Paul Speckman
as Off. Phil

Nancy A. Harding
as Josie Murrow
View All

There are no critic reviews yet for Kemper: The Co-ed Killer. Keep checking Rotten Tomatoes for updates!

Poorly acted by detective lead and other major figures, plus an overall cheap feel to the proceedings. Supposedly "inspired" by real events, but 'Zodiac' this isn't.