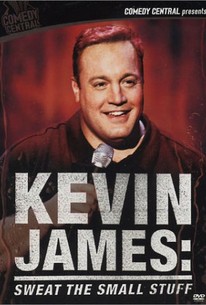 Before hitting it big as The King of Queens on CBS, comedian Kevin James made a name for himself as a standup comedian, entertaining New York audiences with his observations on life in the big city. In this hourlong special produced for Comedy Central, he waxes not-so-nostalgic on such topics as the city's sports teams, public transportation, and family life. ~ Michael Hastings, All Movie Guide hide

There are no critic reviews yet for Kevin James: Sweat the Small Stuff. Keep checking Rotten Tomatoes for updates!

There are no featured audience reviews yet. Click the link below to see what others say about Kevin James: Sweat the Small Stuff!