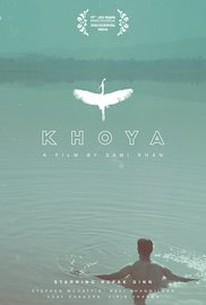 ROG MOREAU (28) lives anonymously and aimlessly in Toronto, Ontario. When his adopted mother dies unexpectedly, Rog loses the last tie he has to his Canadian upbringing and identity. Realizing he is spiralling down a dangerous road, Rog decides to travel thousands of miles away to India to find the birth family that gave him up for adoption nearly thirty years ago. His arrival is jarring when he steps off the plane into the crowded sweaty streets of Mumbai where he is confronted by his own foreignness in a strange, new land. While eager to be reunited with his family, complications immediately threaten Rog's search when a Catholic orphanage reveals his adoption documents are forgeries. More desperate than ever, Rog sets out on a quest heading into Madhya Pradesh - the impoverished, rural heartland of India - to find the one local official who can help him solve the mystery surrounding his adoption. Rog's journey takes him into the dark alleys, dusty roads and cramped train cars of India's underclass as he tries to connect the threads of his own story. Ultimately, Rog is pushed to his physical and emotional breaking point and forced to confront the ghosts that have been haunting him his entire life - only then is he able to discover the truth.

An ill-advised melodramatic swing is redeemed with poignancy in the home stretch.

A debut that deserves notice and there is a heart and a soul that many first time filmmakers fumble.

There are no featured reviews for Khoya at this time.