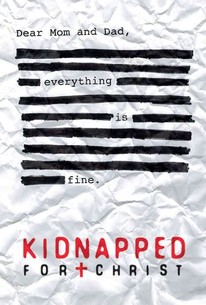 Critic Reviews for Kidnapped For Christ

Logan does an impressive job filling in the blanks of a dirty secret while never sacrificing the quality of her documentary. It looks astoundingly good, given the number of times school administrators stepped in to block her.

The story's unexpected twists and turns make it one of the more satisfying, and harrowing, documentaries of the year.

Audience Reviews for Kidnapped For Christ

I had never heard of Escuela Caribe prior to watching this. The most shocking part for me was learning how many programs like these exist.