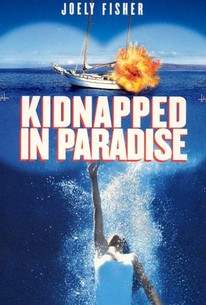 Joely Fisher stars in this seagoing thriller as Beth, a lawyer from Denver who flies to the Caribbean Islands for the wedding of her sister, Megan (Charlotte Ross). Beth has always had a certain amount of resentment towards her sister; Beth has gotten where she is through hard work, while Megan has managed to coast through life thanks to her ability to wrap men around her finger, staring with her father. Megan and her fiance, Jack (Kerry Corcoran), invite Beth along for a weekend excursion on Jack's yacht, but when Beth and Megan start to bicker, Jack calls for a boat to pick up Beth and take her back to shore. However, the first ship to respond to their call turns out to be manned by a band of modern-day pirates, led by the evil Renard (Robert Kneeper), who kidnap Megan and sink the yacht. However, while Jack is killed, Beth manages to escape, and when the police prove to be of little help in finding Renard, she enlists the help of Matt (David Beecroft), a free-lance deck hand who knows the waters like the back of his hand, despite a sordid past and a drinking problem. Kidnapped In Paradise was produced for the USA Cable Network, who first aired the film several months before it became available on home video. Star Joely Fisher is best known for her role on the TV series Ellen; her sister is actress, author and Princess Leia Carrie Fisher.

Critic Reviews for Kidnapped in Paradise

There are no critic reviews yet for Kidnapped in Paradise. Keep checking Rotten Tomatoes for updates!

Audience Reviews for Kidnapped in Paradise

There are no featured audience reviews yet. Click the link below to see what others say about Kidnapped in Paradise!