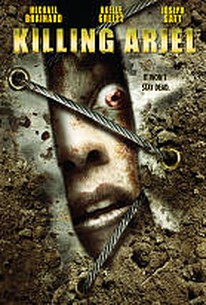 A happily married man falls under the spell of a powerful demon that just won't die no matter how many times he kills her. Rick was sleeping in bed with his wife when the female demon first appeared. Shortly thereafter, Rick met a beautiful young woman named Ariel and the pair escaped to an isolated cabin for a weekend fling. There, a series of frightening events culminate in Rick accidentally killing his secret lover. But when Ariel refuses to stay dead, Rick quickly realizes that she is, in fact, the same demon that initially attacked him. Now, every time Ariel reappears, Rick is forced to kill her again in order to save his own soul. But later, when Rick escapes and flees back home, his once normal life turns into a torturous nightmare of adultery, lust, madness, and murder.

I don't know how many times I've asked myself, "How come they're aren't more films about the Incubus?" Well, here's one for you.

Christian Toto
What Would Toto Watch?
View All Critic Reviews (2)

Interesting idea of exploring the succubus/incubus myth. But really boring, nothing much happened in the 90 minutes, definitely not scary, simply filled with gratuitous nudity.