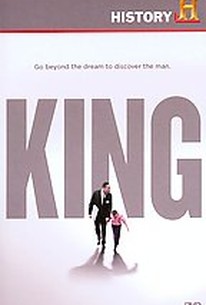 Celebrated newsman Tom Brokaw headlines this feature-length, eponymous documentary portrait of the life of revered civil rights leader Martin Luther King, Jr.. A program originally produced for cable's History Channel to commemorate the 40th anniversary of King's death, it affords equal attention to King himself, the myths and legacies that have gestated in the wake of his assassination, and the enduring messages from King that will live on permanently, passed down to successive generations. A who's who of interviewees also turns up for rare insights and revelations, including President Bill Clinton, Bono, Condoleezza Rice, Harry Belafonte, and King's son, Martin Luther King III.

There are no critic reviews yet for King. Keep checking Rotten Tomatoes for updates!

There are no featured audience reviews yet. Click the link below to see what others say about King!