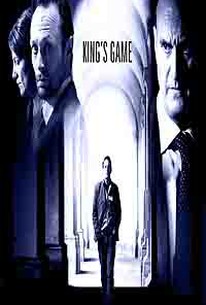 Starting a new job as a political journalist at a leading newspaper, Ulrik Torp witnesses a brutal struggle for power in the Midparty's ranks -- a struggle that coincides with the charismatic party leader's involvement in a near fatal car accident. A flurry of lies and media speculation surrounds the incident. Gradually, Ulrik unearths a ruthless conspiracy involving the incumbent prime minister and becomes obsessed with bringing the truth to light. But, neither his colleagues nor the politicians are willing to listen to him, and as election day draws near, Ulrik finds himself alone, battling against the people in power.

King's Game is adapted from a novel by political insider Niels Krause-Kjoer and as such, the script has an air of seasoned authenticity about it.

One would never guess that it was made by a rookie director. A ride of nail-biting suspense and unsuspected insight.

Rookie movie which is one of the best political thrillers I ever watched. Intelligent, edgy…