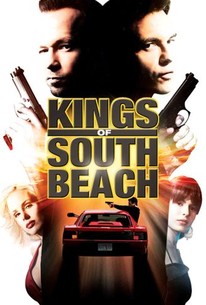 Director Tim Hunter (The River's Edge) and screenwriter Nicholas Pileggi (Casino) join forces for this fact-based crime thriller detailing the downfall of Miami's hottest nightclub. Chris Troiano (Jason Gedrick) owns the trendiest nightclub in all of South Beach; a place where the line always winds down the block and only the most beautiful people make it past the velvet rope. Andy (Donnie Walhberg) is Troiano's right-hand man, and whatever the boss says, goes. Lately, the local law enforcement has been snooping around the club, an unsettling fact that doesn't set well with the steroid shooting club owner. The cops know that Troiano is crooked, and it's only a matter of time before he slips. When he does, the storm that follows will blow in from a direction Troiano never anticipated.

David Rittenhouse
as FBI No. 2

Clay Kahler
as Guest at Party
View All

Little more than a very thin retread of several much better crime stories.

Forgettable and predictable. No one needs to see this...