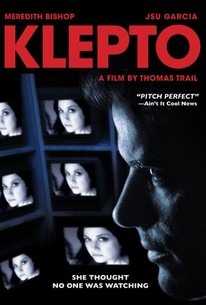 A thief gains an unlikely fan in a security specialist in this independent comedy. Emily (Meredith Bishop) is a young woman who isn't sure what she wants to do with her life; while she has fuzzy goals of becoming an artist, she's most concerned with convincing her mother (Leigh Taylor-Young) and her analyst (Michael Nouri) that everything is just fine. But Emily has discovered a way to take her mind off of her anxieties -- shoplifting. She steals for enjoyment rather than necessity, and her graceful work at a department store has earned her the admiration of Nick (Jsu Garcia), head of the store's security team. Nick is sick of his job and wants to start his own business; however, a seemingly foolproof get-rich-quick scheme has backfired, leaving him deep in debt to a Russian gangster (Henry Czerny). Rather than have Emily arrested, Nick persuades her to go out with him, and as a tentative relationship grows between the two, they decide to team up for a raid on the store after Nick is fired from his job. Klepto was the first feature film from director and screenwriter Thomas Trail.

Igor Jijikine
as Thug No. 1

Roman Nichols
as Thug No. 2

Give it a spin as a rental.

The opening chase is urgent and energetic and the crime plot is kept suspenseful even through its distractions and potential gaps in logic.

This was a low-budget effort, but it sort of works. I'm not sure that you really are made to feel sorry for the lead, but maybe that's not the intent. Nice, not so predictable ending.