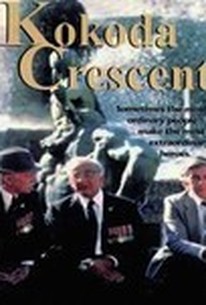 In this strange caper flick, a trio of old codgers who served in World War Two decide to go after a crooked cop, after running into a wall of indifference by authorities to the death of one man's grandson from a heroin overdose. The resulting violence and mayhem would do credit to a large crew of much younger men, much less these old fellows. ~ Clarke Fountain, Rovi

There are no critic reviews yet for Kokoda Crescent. Keep checking Rotten Tomatoes for updates!

There are no featured reviews for Kokoda Crescent at this time.