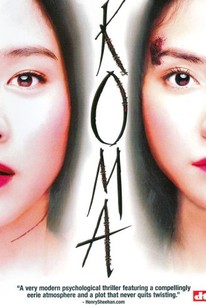 A woman becomes caught in the web of a gang of thieves who literally steal the lives from their victims in this thriller. Fung Chi-ching (Angelica Lee) is a woman living with kidney disease who is conveniently dating a doctor, Tsui Wai-man (Andy Hui). While attending a close friend's wedding, Chi-ching wanders into a hotel room to discover a dead body, nude and bloody and missing a kidney. While giving her report to the police, Chi-ching tells them she saw a woman making her way down the corridor as she entered the room; the woman in question turns out to be Suen Ling (Karena Lam), a medical researcher who works with Wai-man and had a brief fling with him. When Chi-ching identifies Suen Ling as the woman fleeing the scene of the crime, the police chalk it up to jealousy given their past history, but when a man who sells human organs on the black market abducts Chi-ching, Suen Ling comes to her rescue, and the two join forces with Wai-man to locate and capture the murderous thieves.

A shock to the brain!