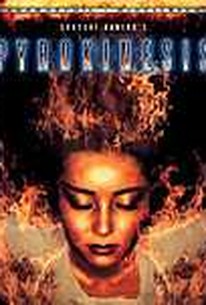 An unwitting superheroine has an unusual way of dealing with those who have earned her wrath in a sci-fi tinged action drama from Japan. Junko (Akiko Yada) is a woman in her early twenties who discovers she has a remarkable power -- she can set things on fire with the powers of her mind. Junko's fire-starting talent most frequently manifests itself when she's angry or upset, so when Kazuki (Hideaki Ito), her boyfriend's younger sister, is kidnapped and murdered by thugs who produce violent porn videos, Junko literally gets fired up, targeting gang leader Kogure (Hidenori Tokuyama) for some high-temperature street justice. Much to her surprise, however, Junko learns that there's more to Kazuki's murder than she ever imagined; she also discovers she's not the only one with pyrokinetic abilities. Krosufaia was directed by Shusuke Kaneko, who had previous experience with flaming creatures, having directed several films starring the jet-propelled turtle Gamera. ~ Mark Deming, Rovi

There are no critic reviews yet for Kurosufaia (Pyrokinesis) (Cross Fire). Keep checking Rotten Tomatoes for updates!

There are no featured audience reviews yet. Click the link below to see what others say about Kurosufaia (Pyrokinesis) (Cross Fire)!