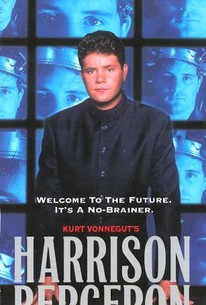 Sean Astin stars as the title character in this creepy made-for-cable adaptation of the Kurt Vonnegut classic. Set in a future America, where a small, elite group controls the masses, teen Harrison Bergeron is chosen to lead a movement that promotes mediocrity. Christopher Plummer stars as John Klaxon, the mastermind behind the attempt to uniformly dumb-down Americans.

Marc Marut
as Todd
View All

The generally listless production blunts the satiric edge, and the final commotion succumbs to B-picture pathos.

There are no featured audience reviews yet. Click the link below to see what others say about Kurt Vonnegut's Harrison Bergeron!