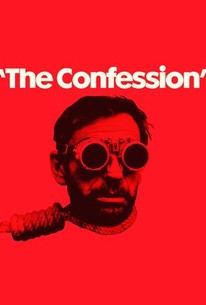 This Costa-Gavras thriller stars Yves Montand as an East European government functionary, inexplicably imprisoned by his Communist superiors. He is not told why he has been arrested, nor has his wife (Simone Signoret) been informed of his fate. Undergoing psychological torture, Montand is grilled about his wartime activities. At the end of his rope, Montand agrees to sign several papers that are thrust before him. He eventually discovers that he's to be a defendant in a "show trial" conducted by his government. He never knows the whys and wherefores of the whole affair -- nor does the audience. The Confession was based on the true story of loyal Communist Arthur London's unjustified purge trial of 1951. Despite the film's confusion, Costa-Gavras' Kafkaesque view of the world, in which the individual is overwhelmed by events that he can't possibly begin to understand, struck a responsive chord in the chaotic early '70s.

Michel Robin
as The Accuser

Michel Beaune
as The Lawyer

Critic Reviews for The Confession

The structure becomes complex but never confusing, and Costa-Gavras always seems to be urgently on the move, wanting to tell us more than can be told.

The Confession exhibits signs of post-masterpiece fatigue, though it makes up for some of it with sheer gutsiness.

Though less invigorating than the iconic Z, it remains a compelling depiction of a harrowing experience rarely caught so astutely in narrative filmmaking as it is here.

The movie is perfect in its attention to detail, in its casting of Montand as the political prisoner. Confession fails as entertainment while it succeeds as a statement.

Costa-Gavras dramatizes Gérard's ordeal and makes us feel his pain, his exhaustion, but most of all the terrible loss of his sense of self.

Costa-Gavras's vision of horror as 'a mere formality'

Audience Reviews for The Confession

A (typical Costa-Gavras) political thriller that may interest the veterans!!