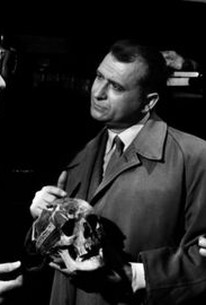 Set in an old German castle where an elderly paterfamilias lies on his deathbed, this conventional murder mystery by director Julien Duvivier has a veneer of the supernatural about it. As the heirs to the dying man's estate come together at the castle, a woman among them stands out for her heritage. It so happens that an ancestor of the dying man betrayed one of her long-dead female relatives, and after the old man finally dies, the woman starts having strange visions. At the same time, it begins to look like the old man did not die a natural death, but was in fact, murdered.

There are no critic reviews yet for La Chambre ardente. Keep checking Rotten Tomatoes for updates!

There are no featured reviews for La Chambre ardente at this time.