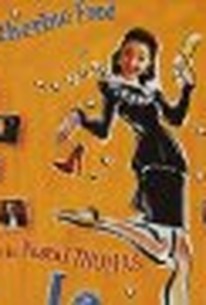 In the offbeat comedy La Dilettante, Pierette (Catherine Frot) is a woman who describes herself as having "opted for the temporary on a permanent basis." After 15 years of living the good life in Switzerland, Pierette one day packs her bags full of fashionable outfits and returns to her native Paris with no idea of what she'll do. Pierette, however, leads a charmed life; while her son is forced to work the graveyard shift at a factory due to poor job prospects, she's able to find a job right away at a high school. Pierette soon reintroduces herself to her 23-year-old daughter (Barbara Schulz) and one-time best friend (Nathalie Lafaurie), trying to use her charm to skate over years of neglect. She just as suddenly finds a new beau, Ackerman (Bernard Verley), and starts helping him out with his antique business. However, what would seem like a simple matter -- buying a clock from an elderly woman -- soon turns out to be very complicated and fraught with consequence. The first directorial effort in eight years from Pascal Thomas, La Dilettante was shown as part of the 1999 Moscow Film Festival. ~ Mark Deming, Rovi

Sebastien Cotterot
as Eric
View All

There are no critic reviews yet for La Dilettante. Keep checking Rotten Tomatoes for updates!

There are no featured reviews for La Dilettante at this time.