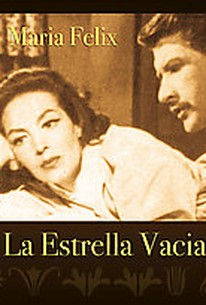 The life of a powerful actress is examined in this tragedy. The film begins with her demise during a plane crash. Later, the men who loved her try to figure out why she was always so unhappy. Her story is told in flashback. It begins in a small town where she was a dress shop model. She used the money from that job to pay for her acting lessons. Later she is seen meeting the director of a theater group. This encounter eventually gets her involved with a Mexican film studio. As she becomes increasingly popular, she has a series of men in her life. Though she has become rich, powerful, and sought after, the woman still feels a great void in her life. To begin a new life, she takes a plane to Europe. Unfortunately the plane crashes and her life tragically ends. ~ Sandra Brennan, Rovi

There are no critic reviews yet for La Estrella Vacia. Keep checking Rotten Tomatoes for updates!

There are no featured reviews for La Estrella Vacia at this time.