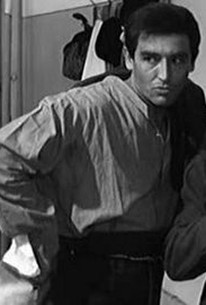 Vittorio Gassman and Alberto Sordi don ill-fitting military uniforms in this anecdotal Italian service comedy. They play a couple of World War I soldiers, adept at sidestepping duty and responsibility, but courageous to the core when in a pinch. The film strives for the boisterous feel of What Price Glory, but at 118 minutes the material wears rather thin. Still, the reputation of director Mario Monicelli helped this uneven production win a Golden Lion award at the Venice Film Festival. Originally released in Italy in 1959 as La Grande Guerra, The Great War was distributed in the U.S. two years later.

Tiberio Mitri
as Mandich
View All

A melange of incompatible cliches, a museum of the war film, mixing up realism, farce, pathos, horror, and satire, all of them rendered in the broadest way.

A roman and a milanese rascals are enrolled against their will, to serve for their country in the first world war. After playing tricks on each other, a tight bond of friendship based on survival will unite them. Mario Monicelli gives a quixotesque note on war, a tragic but also comical view of the people forced to fight for ideals they don't share; and what better interpreters to bring that to life than the magnificent couple Vittorio Gassman and Alberto Sordi, two often cynical but in the end righteous men whose only desire was to make their way out of the battle, to reach their respective dreams somewhere else.