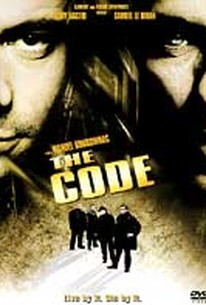 Upon his release from prison, hardened criminal Dris (Samuel Le Bihan) sets out to eschew his past life and live a peaceful, crime-free existence with his girlfriend. Unfortunately, Dris's cousin Yanis (Samy Naceri) has plans to entangle him in a variety of illicit activities, and attempts to coax the ex-con back into a lawless existence. Now a powerful mob boss, Yanis has longed for his cousin's release for years, firmly believing that together they can rule the crime-strewn streets of their Parisian suburb. Though Dris tries to resist, he plunges headlong back into the criminal underworld when his brother is kidnapped during a botched attempt at an armed robbery. Dris plants himself in the center of negotiations to rescue his hapless sibling, and finds himself once again ensconced in the world from which he was so desperate to escape.Director Manuel Boursinhac revisits some classic themes from 1950s French mobster films for this feature, fully updating them with modern-day street slang and violent scenes of confrontation. Offering a poignant snapshot of Arab immigrant life in the poverty-stricken suburbs of France, LA MENTALE is a powerful thriller that delivers a strong message about the lure of criminal activity for minority groups in the outskirts of Paris.

Think of The Code as an episode of The Sopranos stripped of humor or much insight.

Every time Yanis leaves the screen, our interest lags.

A fumbling tribute to the philosophical French gangster films of the 1950's.

A routine gangster picture with a lot of internecine turf wars and a rush of angry dialogue being spat about, accompanied by English subtitles.

The atmospheric, richly detailed La Mentale has terrific vitality with its volatile mixture of alternating camaraderie and savagery.

[Samuel Le Bihan] should have Hollywood at his feet.... He's more the French Liam Neeson than the next Olivier Martinez.

Unpredictable deviations from the formula ... keep the film interesting.

Just a bunch of idiots killing other idiots. You've seen it before.

If the plot comes off more like a reworking of Scorsese's tales of Italian-American mobsters, Boursinhac nevertheless shows a sure hand with his story.

Although it offers no new angles on the story engines of loyalty and revenge, the French film boasts an intriguing milieu and the off-center, hair-trigger intensity of Samy Naceri as a crime boss.

There are no featured reviews for La Mentale: The Code at this time.