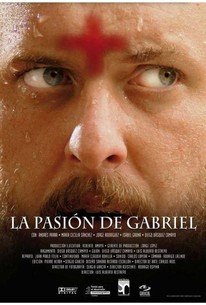 It's said that the road to hell is paved with good intentions, and a priest who wants to do the right thing for his parishioners learns the truth of that old clichÃ (C) in this drama from Colombian filmmaker Luis Alberto Restrepo. Father Gabriel (Andres Parra) is an enthusiastic young Catholic priest who is assigned to a flock in a small mountain community. Gabriel finds a village where roads and bridges are in a shambles and many of the basic needs of the people are ignored, and while his superiors warn him to mind his own business, the idealistic priest sets out to change things. But Gabriel's campaign to build a better community lands him in the middle of an ongoing battle between guerillas and the nation's military forces, with the people he's pledged to help suffering at the hands of both sides. Gabriel also struggles with a personal crisis when he becomes attracted to Silvia (Maria Cecilia Sanchez), a beautiful woman who lives in the village. La Pasion de Gabriel (aka The Passion of Gabriel) was an official selection at the 2009 American Film Institute Latin American Film Festival. ~ Mark Deming, Rovi

There are no critic reviews yet for La pasión de Gabriel (The Passion of Gabriel) (Gabriel's Passion). Keep checking Rotten Tomatoes for updates!

There are no featured reviews for La pasión de Gabriel (The Passion of Gabriel) (Gabriel's Passion) at this time.