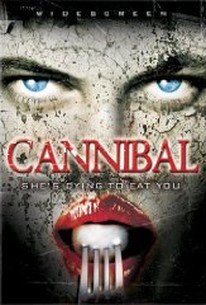 Winner of the City TV Award for Best First Feature Film at The 2004 Toronto International Film Festival, Daniel Roby's direct-to-video horror opus Cannibal (aka Le Peau Blanche, aka The White Skin) offers a unique contemporary twist on vampirism. Roby's film melds jet-black humor, grotesque horror, impassioned romance, and shocking social commentary as it weaves the tale of Thierry Richard (Marc Paquet), a young Canadian collegiate. Thierry develops an unquenchable infatuation with Claire (Marianne Farley) an enigmatic woman with almost deathly white skin. Shortly after they commence an affair, Thierry is horrified to discover his own physiological deterioration; he admits to his pal Henri that he can actually feel Claire inside of his body, draining the life out of him. When Claire's sister viciously attacks Henri at a local hotel, the two men begin to suspect that Claire's nature and origins may be very grim and vile indeed. ~ Nathan Southern, Rovi

There are no critic reviews yet for La Peau blanche (White Skin) (Cannibal). Keep checking Rotten Tomatoes for updates!

There are no featured audience reviews yet. Click the link below to see what others say about La Peau blanche (White Skin) (Cannibal)!