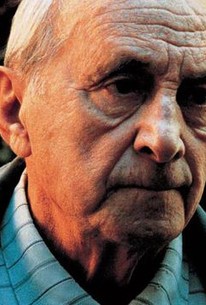 French filmmaker Sam Karmann directs the crime drama A La Petite Semaine (Nickel and Dime), co-written with actual ex-con Desir Carre. When fiftysomething Jacques (Gerard Lanvin) gets released after serving five years in prison, he goes right to his local hangout and reunites with his old hoodlum friends in a working-class section of Montmarte. His friend Francis (Jacques Gamblin) has been taking acting classes, living with his mother (Liliane Rovere), and dating the waitress Camille (Julie Durand). His other friend, small-time crook Didier (Clovis Cornillac),has been gambling a lot, event though he and his wife Josiane (Sarah Haxaire) are expecting a baby. To the dismay of head criminal Marcel (Etienne Chicot), Jacques doesn't want to continue with a life of crime. A La Petite Semaine also stars Philippe Nahon as the bartender.

There are no critic reviews yet for À la petite semaine (Nickel and Dime). Keep checking Rotten Tomatoes for updates!

There are no featured reviews for À la petite semaine (Nickel and Dime) at this time.