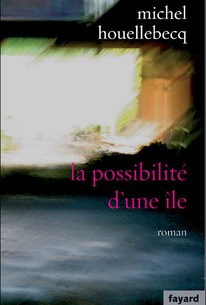 Celebrated French novelist and philosopher Michel Houellebecq makes his directorial debut with this screen adaptation of his best-selling novel. Daniel (Benoit Magimel) is the son of a distinguished scientist and politician (Patrick Bauchau) who is the head of a sect called the Elohim sometime in the near future. The Elohim are pursuing something like immortality though an advanced form of cloning -- when one of their number begins to age, their DNA is used to create a younger and healthier version of the same person, who then replaces them and is able to thrive on just water and sunlight. As the son of the Elohim leader, Daniel is one of the first to be cloned using the new procedure, and many years down the line, Daniel 25 (also played by Magimel), the twenty-fourth version of Daniel's genetic original, develops a powerful curiosity about the man he once was and the world he lived in centuries before. La Possibilite d'une ile (aka The Possibility Of An Island) was an official selection at the 2008 Locarno Film Festival. ~ Mark Deming, Rovi

There are no critic reviews yet for La Possibilité d'une île (Possibility of an Island). Keep checking Rotten Tomatoes for updates!

There are no featured reviews for La Possibilité d'une île (Possibility of an Island) at this time.