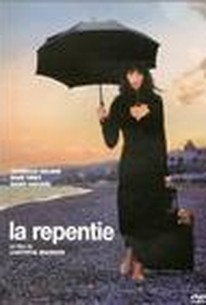 When an indistinct woman named Charlotte (Isabelle Adjani) leaves a train station in hopes of changing her life forever, she's followed by a mysterious stranger with ill intentions. After recovering a bag hidden adeptly within the women's bathroom, Charlotte re-enters the station, this time looking every inch the femme fatale, from her tailored suit to her dark glasses. When she buys a ticket to another destination, however, the man follows her onboard, determined to prevent her from starting anew. Directed by Laetitia Masson, La Repentie also features Sami Frey, Samy Naceri, Dawn Clement, Maria Schneider, and Jacques Bonnafe. ~ Tracie Cooper, Rovi

There are no critic reviews yet for La Repentie (The Repentant). Keep checking Rotten Tomatoes for updates!

There are no featured reviews for La Repentie (The Repentant) at this time.