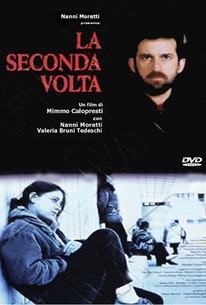 A former terrorist from the early 1970s, who has totally suppressed the memory of the night in which she almost executed a man; encounters her intended victim a few years after the crime was committed. He, who wound up with a bullet lodged in his skull has never forgotten her, and so begins a complex, compelling Italian psychological drama that does not provide any simplistic answers to a situation that is difficult for both parties. The woman, Lisa Venturi was convicted of terrorism and sentenced to serve a 30-year sentence. Though she has only been in prison 12 years, she is given a chance to do work release during the day. It is on her way to work that she runs into Professor Sajevo, the man she tried to kill. He shows some interest in her, but she has no idea why. Soon the meetings become a strange unspoken ritual. Every day on her way to work, he manages to block her way. Finally she begins thinking he wants to court her and so begins fabricating a perfectly normal life. He meekly seems to buy every word, but eventually, he tells her the truth. Lisa is so deeply upset at having to face what she so carefully tried to hide from herself that she gives up her job and returns to the prison so she will not have to face him. Unfortunately, it is unavoidable, as by then both of them are pulled inexorably towards more communication about the situation and the ideology that threw them together in the first place.

Antonio Petrocelli
as Ronchi
View All

There are no critic reviews yet for La seconda volta (The Second Time). Keep checking Rotten Tomatoes for updates!

There are no featured reviews for La seconda volta (The Second Time) at this time.