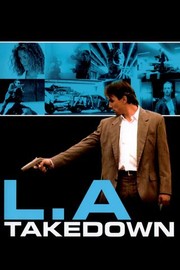 Mateo D
February 13, 2010
I thought the acting as a whole wasnt great (very computer/robot like with McArthur) especially Scott Plank. Cinematography was very bland at times. Obviously nothing compared to Heat....

Sebastian H
December 17, 2009
few people know that HEAT is a remake of this movie. I liked it, but knowing Heat it's a bit weird to watch... but great to see some of Mann's roots

Justin B
½ May 27, 2009
This is pretty good for what it is, but it really makes you thankful for Pacino, DeNiro, Kilmer, and all the rest that make Heat a classic. Plank is just terrible, but in an endearing way.

Jason C
April 18, 2009
Tis a shame that I am only just getting to watch this now as I'd have seen it before Heat inna perfect world but tis notta perfect world and you can't watch this without thinking about Heat. The acting ranges from good to shocking, the movie seems like an episode of Miami Vice, esp with the clothes and the 80's feel but Mann definitely had something and changed very little while adding more deph and emotion when he decided to redo this. If you haven't seen this ain't too bad at all.. but if you haven't seen Heat then in all honesty you should be shot lol.

Mark D
½ February 20, 2009
Mann's first take on the story that would later become Heat, and this film is nearly as good. Unfortunately eclipsed by its flashier, A-list remake.

Plamen T
½ January 11, 2009
Since I'm a fan of "Heat" I took the time to watch the preliminary
material which Michael Mann created after long-lasting struggle to make
his dream movie come true.

Mann decided that he waited enough for a big-time production and to use
this great script for TV release with the intention to continue it to a
TV series.

1.1 I've read the 1994 revision of the script, which included
unrealized shots and dialogue in the 1995's "Heat". The good thing
about "L.A. Takedown" is that you have the chance to see some of those
good lines and additional storyline, which serves as a bonus to what
you already saw in "Heat".

1.2. Directing was very decent, but anyway I wouldn't recognize it that
Mann stays behind it if I didn't knew already.

1.3 You can see the growth from the original version to the remake as
Heat. Comparing LA Takedown to Heat you can recognize the development
and decisions which Mann took in order to make "Heat" such a classic
that it is.

3. Bottom line: if you are a fan of "Heat" and Michael Mann - see it
for the above mentioned pros.. It's like looking at the draft of Mona
Lisa or some other masterpiece - so it is kinda of interesting... If
you are not a fan - then it is a waste of time.

Robert I
October 9, 2008
This is my new #1 reason why remakes are a GOOD THING!!! Holy God. What if Heat was Miami Vice the show? This. Starring Adam Sandler and Jean Claude Van Damme. Make it go away Movie God... Make the pain stop. I feel so bad for Mann and I am happy as punch that he later got a REAL budget to make his VERSION as intended.

Private U
½ July 9, 2008
I actually really liked this film. Maybe a little bit more than Heat, its fancy remake had it not been for the much better cast!.

Christian D
June 20, 2008
Not really any good, but amazing to watch before or after Heat. Mann changed a bunch of stuff around to make a much bigger impact

John W
March 30, 2008
I've had this DVD sitting around for a couple of years now and never watched it until now. It's pretty much Mann's precursor to Heat, unfortunately it has that certain feel you get with made-for-television movies. I was surprised to see Michael Rooker in it.

Geoff P
March 28, 2008
Mann's first take on the story that would later become Heat, and this film is just as good. Unfortunately eclipsed by its flashier, A-list remake.