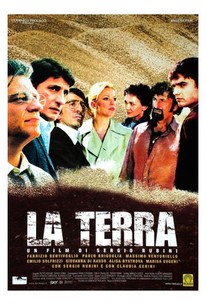 When the efforts of a Philosophy teacher from the Italian Region of Puglia and his two brothers to sell an old family farm are stalled by their boorish and aggressive step-brother, the family's dark past is soon dragged into the harsh light of the presence in director Sergio Rubini's simmering family drama. Luigi moved to Milan years ago to escape the tyranny of his brutish father. Though Luigi and his two brothers are currently attempting to negotiate the sale of an old farm that has fallen to disrepair, their loutish, womanizing, half-brother Aldo seems to be doing everything in his power to sink the potentially lucrative deal. Eventually deciding to take the matter into his own hands, former childhood hellion Luigi returns to Puglia only to find that little has changed in his explosively dysfunctional family. When the brothers are acquitted of a homicide and heated accusations begin to fly among family members, Luigi launches a furtive investigation into the case that finds him putting his relationships with his family, and his wife, under the microscope for closer inspection.

There are no critic reviews yet for La terra. Keep checking Rotten Tomatoes for updates!

There are no featured reviews for La terra at this time.