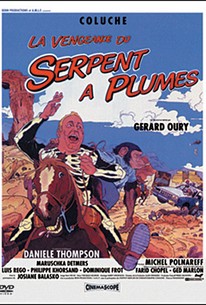 Some young international terrorists are holed up in the apartment Loulou Dupin (Coluche) inherited from his recently deceased grandmother, a premise that quickly leads to unlikely entanglements in this low-brow political farce. When Loulou opens the closets and finds dynamite, nitroglycerine, and various weapons, he begins to get suspicious about the intentions of the young men and women who have commandeered the apartment. In fact, they are planning to smuggle their leader out of prison and then head to Mexico to plant a bomb at a meeting of world leaders in Cancún. The imprisoned gang leader assigns the most seductive terrorist (Maruschka Detmers) the task of eliminating Loulou -- which she finds increasingly difficult and finally, impossible to do. After the leader is freed from prison, the gang takes off for Mexico and Loulou, furious, follows in hot pursuit. Their destination is the Mayan ruins, and Loulou is the only one who can stop their dastardly plot -- though he cannot do much for this plot which is rarely paired with funny lines or inspired comedy. ~ Eleanor Mannikka, Rovi

There are no critic reviews yet for La Vengeance du serpent à plumes (The Vengeance of the Winged Serpent). Keep checking Rotten Tomatoes for updates!

There are no featured reviews for La Vengeance du serpent à plumes (The Vengeance of the Winged Serpent) at this time.