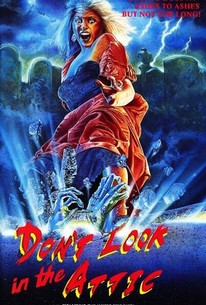 Spanish director Carlo Ausino has crafted a nifty little ghost story about a cursed villa in Turin and the three relatives who inherit it. Two bickering brothers and their cousin Elisa Beba Loncar -- who haven't seen each other since childhood -- are brought together after the siblings' mother dies. They inherit her house under the condition that they live there together and never divide or sell the property. It's haunted, of course, and after many ghostly nightmares and a few greed-inspired murders, Elisa finds a diary in the attic, learning that she is the sole survivor of "the seventh damned generation." Being a virgin, Elisa is destined for "The Grand Union" by an incubus named Casati, who just happens to also be the caretaker in disguise. Despite a plot that smacks of contrivance, Ausino and his cast manage to create a chilling atmosphere, as the living inhabitants of the villa (especially brother Bruno) are scarier than the unseen ghosts, who mainly turn the living against each other rather than attacking anyone themselves. Quiet, sometimes confusing, but with its share of goosebumps, this chiller has some outstanding moments and a creepy score by Stelvio Cipriani.

There are no critic reviews yet for La Villa delle Anime Maledette. Keep checking Rotten Tomatoes for updates!

There are no featured audience reviews yet. Click the link below to see what others say about La Villa delle Anime Maledette!