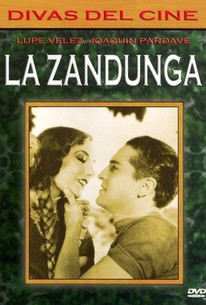 The 1937 Spanish-language romantic drama La Zandunga unfolds against the backdrop of the Isthmus of Tehuantepec Fruit Fair, where a young woman named Lupe finds herself being romantically wooed by three men at once: octogenarian Don Atanasio, local boy Ramon, and the sailor Juancho - an out of towner with whom she falls passionately in love. Unfortunately, Juancho must go away for an indefinite period of time, and Lupe - uncertain if he will even return per se - decides to marry Ramon instead. Then Juancho returns, complicating matters immensely for the young woman and forcing her new husband to make an extremely difficult decision.

There are no critic reviews yet for La Zandunga. Keep checking Rotten Tomatoes for updates!

There are no featured reviews for La Zandunga at this time.