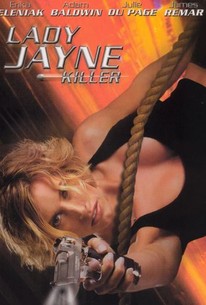 Beautiful, sultry Jayne Ferre (Julie Du Page) is a ruthless, mob-connected hitwoman who, in the opening scenes, "eliminates" several mobsters by pretending to seduce them before blowing them away. Her greed gets the best of her, however, when she absconds with a metal briefcase containing a million dirty dollars rightfully/wrongfully belonging to her boss, the equally ruthless Frank Bianci (Louis Mandylor). In an effort to escape with the cash she hitches a ride from California to Texas with down-and-out Emily (Erika Eleniak) and her 16-year old son Kerry (Jeremy Lelliott), who is on the run from a small time drug dealer. Meanwhile, a detective (Adam Baldwin) is tracking the trio as a gaggle of Bainco's henchmen close in on their car -- which breaks down, sending Jayne and Emily in different directions in search of Kerry who now has the million bucks. Emily is eventually picked up by a friendly stranger (James Remar), who happens to be in cahoots with Jayne.

There are no critic reviews yet for Lady Jayne: Killer. Keep checking Rotten Tomatoes for updates!

There are no featured audience reviews yet. Click the link below to see what others say about Lady Jayne: Killer!