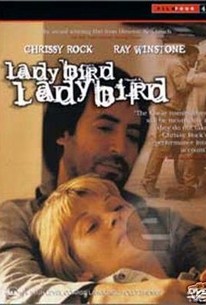 A single mother struggles against the British social service system and her own troubled past in director Ken Loach's brutally realistic drama. Coming from a background of abuse and poverty, the hardened Maggie (Crissy Rock) has already suffered through a series of painful romances when she falls for the caring Jorge (Vladimir Vega), and they begin a loving but turbulent relationship. Their situation takes a turn for the worse when Maggie becomes pregnant, for her troubled past has left her branded an unfit mother by the government, with four previous children already in foster care. Determined to keep their child, Maggie and Jorge begin a difficult fight against the government bureaucracy, made all the more difficult by Maggie's volatile temperament. ~ Judd Blaise, Rovi

Stephen Webber
as Lawyer
View All

This excruciating story is absorbing for much of its running time, even if the sheer hideousness of the situation takes its toll

The woman's name is Maggie, and she is played by a former barmaid and stand-up comic named Crissy Rock who has never acted before. It is the strongest performance in any film of the last 12 months.

Crissy Rock makes her film debut in Ladybird and she is fire-hot brilliant and achingly authentic in the role.

Crissy Rock renders the best, toughest performance by an actress this year in Loach's relentlessly grim, alomost too painful to watch drama about a woman who loses six of her children to the state's social service authorities--not for the squeamish.

Not to best of Loach. Forgettable once you have viewed it.

Ladybird, Ladybird was a story about a British woman who struggled to keep her children. Ken Loach's movies were always good and they dealt with sad and hard subjects. She has had an unhappy childhood, has been beaten and mistreated by all the men in her life and social services had taken away her children from her, because they were convinced that she wasn't able to take care of them. The movie felt more like a documentary, filmed by a camera crew that just happened to be in the right place at the right time to film this touching and realistic drama.You really don't need any spectacular scenes to make a great movie. A powerful, humbling and touching story like this one was more than enough.