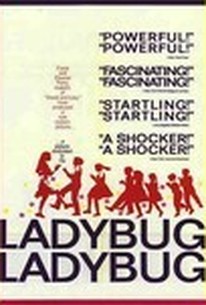 This thought-provoking and only slightly heavy handed anti-war tract is based on a real incident that occurred during the atomic terror of the Cuban missile crisis. The tragedy begins when a civil defense siren is accidentally tripped while a school is in session. The panic-stricken children are immediately sent home. One young girl has an air-raid shelter in her backyard and invites many children inside. A less popular girl begs to be let in, but the first girl makes excuses and shuts her out leaving the terribly frightened child to hide out in an abandoned refrigerator where she dies.

Jennifer Stone
as Pattie
View All

These are respectable intentions, but, unfortunately, the film is too slight in dramatic structure and too prosaic, really, to carry much punch.

Strange thought provoking arty drama about the fear of a nuclear war in an elementary school and the misguided use of civil defense alarm boxes.

This terrifying account of life under the fear of nuclear war successfully illustrates the harm undue panic and thoughtlessness can provoke.

There are no featured reviews for Ladybug, Ladybug at this time.