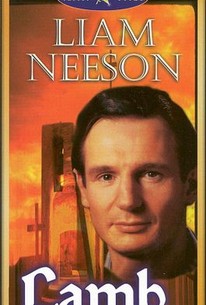 Michael Lamb (Liam Neeson) is a member of the Christian Brotherhood, working as a teacher in a private special-ed school in Ireland. Having recently endured the loss of his father, Lamb befriends a young, epileptic student. The wicked behavior of unscrupulous brother superior Ian Bannen compels Lamb to head to London, accompanied by the boy. The ironic climax finds the lad losing his life as an indirect result of Lamb's kindness. Based on a novel by Bernard McLaverty, Lamb is graced with a compelling musical score by rock star Van Morrison.

Robert Hamilton
as Stranger at Holyhead

Roger Booth
as Farmer on Train