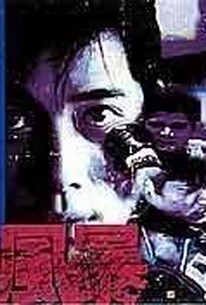 This Hong Kong melodrama shares only the title Robert Wise's 1956 film biography of American middleweight champion Rocky Graziano. The story begins as a luminescent beauty watches two men fighting in the ring. Suddenly the story jumps back 10 months when Gloria, the girl first fell in love with Ken, one of the fighters. For the two it was nearly love at first sight, but for the intervention of Gloria's older brother who beats the stuffing out of Ken. Rocky, the pugnacious brother, is a local champion and he is currently training to take the pan-Asian title away from the current champ the Japanese fighter Yamada. Deciding that he too wants to fight, Ken begs a noted kickboxing instructor to teach him. The story then jumps to the opening fight, a bout that goes terribly awry when Ken accidentally kills Rocky. Devastated and guilt-filled, Ken leaves legitimate boxing and becomes an illegal bare-knuckle fighter. Eventually he resurfaces to take on the fearsome Yamada in the film's exciting conclusion. Serious aficionados of Hong Kong movies should keep an eagle eye out for numerous celebrity cameos that include filmmakers Clifton Ko and Ann Hui. ~ Sandra Brennan, Rovi

There are no critic reviews yet for Lang man feng bao (Somebody up There Likes Me). Keep checking Rotten Tomatoes for updates!

There are no featured reviews for Lang man feng bao (Somebody up There Likes Me) at this time.

Lang man feng bao (Somebody up There Likes Me) Quotes