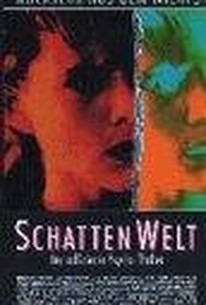 When the teen-aged Canadian student Bruce (Mathew Mackay) discovers an old U.S. passport in some of his family's papers bearing a picture of him as a child -- a passport with an entirely different name -- he is intrigued. When his parents grow extremely nervous during a visit from a man they tell him is "an old friend of the family," he grows concerned and insists that they tell him what's going on. They decide to tell him, and it turns out that his father (John Hurt) was a journalist who testified in an important U.S. Mafia trial, and his family was relocated to Canada as part of a witness relocation program. Later, Bruce decides to write a fictionalized account of his family's saga, using his real birth name as a pen name. His girlfriend, thinking simply that it is a terrific story, steals a copy and submits it in a contest. The story wins the prize, and is published -- all without Bruce's knowledge or consent. When his family finds out that their cover has been blown in this way, they once again relocate to try and avoid their pursuers. ~ Clarke Fountain, Rovi

Critic Reviews for Lapse of Memory

There are no critic reviews yet for Lapse of Memory. Keep checking Rotten Tomatoes for updates!

There are no featured reviews for Lapse of Memory at this time.