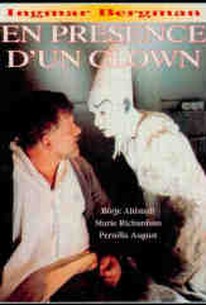 Ingmar Bergman, at age 80, wrote and directed this Swedish TV movie based on his own family. The original Swedish title is a reference to Act V, Scene V of Macbeth. Divided into four parts and featuring a white-faced clown (Agneta Ekmanner) throughout, the drama begins in 1925 at Uppsala Psychiatric Hospital where middle-aged magician and inventor Carl Akerblom (Borje Ahlstedt) was institutionalized after the attempted murder of his attractive fiancee, Pauline Thibault (Marie Richardson of Stanley Kubrick's Eyes Wide Shut). Intrigued by talking pictures, charismatic Carl, Professor Vogler (Erland Josephson), Pauline, and various actors set out on a tour, arriving in a remote provincial village to perform a play about a relationship between Schubert and Mizzi Veith (who was not even born at the time of Schubert's death). During a snowstorm, the dozen who make up the audience include Carl's stepmother and his half-sister. Conflicts and confrontations ensue. Ahlstedt portrayed Uncle Carl in previous pictures, and other past Bergman characters can also be spotted here. Shown in the Certain Regard section at the 1998 Cannes Film Festival. ~ Bhob Stewart, Rovi

Agneta Ekmanner
as Rigmor The Clown

There are no critic reviews yet for Larmar och gör sig till (In the Presence of a Clown). Keep checking Rotten Tomatoes for updates!

There are no featured reviews for Larmar och gör sig till (In the Presence of a Clown) at this time.