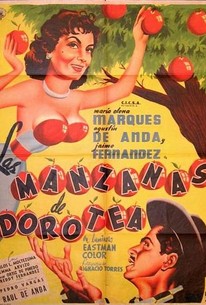 A Mexican millionaire tests the loyalty of his new bride in this romantic drama starring Jaime Fernandez and Maria Elena Marques. Shortly after taking the beautiful Dorotea as his bride, wealthy Alberto begins to wonder whether her love is pure or motivated by money. After parachuting out of his airplane mere moments before it crashes into the mountains of Chihuahua, Carlos hides out at the remote ranch of his loyal brother Carlos. Believing that Alberto has died, Dorotea's relatives in Mexico City assume that Carlos will receive a sizable inheritance. Now, in order to test the depths of Dorotea's love, Alberto asks Carlos to travel to Mexico City and meet her family. But Dorotea is furious that Alberto would have gone hunting without her, and left for Acapulco. Realizing that her absence may be the one thing keeping them from a life of luxury, Dorotea's family must scramble to find a convincing substitute for their daughter before Carlos arrives in town and Alberto's greatest fears are confirmed.

There are no critic reviews yet for Las Manzanas de Dorotea. Keep checking Rotten Tomatoes for updates!

There are no featured reviews for Las Manzanas de Dorotea at this time.