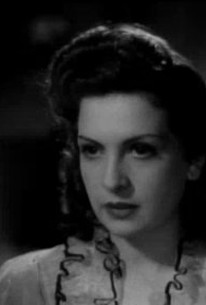 Director Henri-Georges Clouzot's maiden feature-length effort was the intricate mystery thriller The Murderer Lives at Number 21 (L'Assassin habite au 21). Businesslike homicide detective Wens (Pierre Fresnay) goes on the prowl for a methodical mass murderer, who seemingly manages to be everywhere at once. Following a confusing trail of clues to a seedy boarding house, Wens disguises himself as a clergyman in order to gain the confidence of the boarders, hoping that one of them will make "that fatal slip." All of the boarders are eventually taken into custody, only to be released when the murders continue unabated. Wens cracks the case when he figures out that the seemingly contradictory clues are the by-product of a bizarre conspiracy. Filmed in 1942 under wartime conditions, The Murderer Lives at Number 21 was finally released in the U.S. five years later. ~ Hal Erickson, Rovi

It still has a nice sense of tension, a stark visual style, and a healthy suspicion that everyone is guilty of something, even if it isn't serial murder.

There are no featured audience reviews yet. Click the link below to see what others say about L'assassin habite... au 21 (The Murderer Lives at Number 21)!