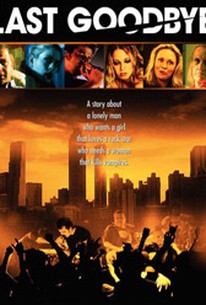 A handful of characters, each at emotional crossroads, find their paths leading to Atlanta in this independent drama. Agnes (Clementine Ford) is an actress currently starring in a successful television series. She was born and raised in Atlanta and has come back to town for a role in a film directed by Sean (Faye Dunaway), who is determined to convince her to do a nude scene in the movie. Also in town is Peter (Liam O'Neill), a rock singer whose band is doing a massive homecoming show after enjoying huge success with their latest album. Peter used to date Agnes and still carries a torch for her, even though he's currently occupied with his underage girlfriend, Jen (Sara Stanton), and the local television producers who want him to change his lyrics for a live broadcast of his show. Roland (Chris Rydell), meanwhile, works for Jen's father and has a terrible crush on her, but only knows her from a photo on her dad's desk. Roland also finds his attitudes and perceptions take a sudden detour when he experiences a brush with death. Last Goodbye features an unusual bit of stunt casting -- most of the leading roles are played by young actors who are related to famous stars. Clementine Ford is the daughter of Cybill Shepherd, Liam O'Neill's mother is Faye Dunaway, Susan Stanton is the niece of Harry Dean Stanton, and Chris Rydell's father is the celebrated director Mark Rydell.

Alex A. Quinn
as Gunner

Maggie Blye
as Manny
View All

Altruistic's hit song may be 'Overwhelmed Underneath', but I'm 'Overall Underwhelmed' by the movie.

There are no featured reviews for Last Goodbye at this time.