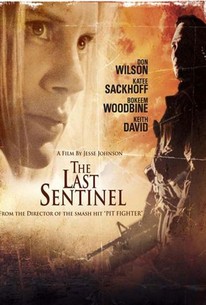 When the population of planet Earth is threatened by the very same force once created to protect them, a fearless rebel fighter will learn to think and fight like a machine in order to ensure the survival of the human race. At first the Drone Police were the perfect soldiers; that is until the very warriors charged with preserving civilization became hardwired for destruction. Now, as all hope for humanity continues to slip away, an electronically enhanced soldier named Tallis (Don Wilson) will rescue a beautiful rebel with the heart of a warrior (Battlestar Galactica's Katee Sackhoff). Vigorously trained by her android mentor to think with the precision of a computer and fight with the ferocity of a machine, this brave future gladiator will become our last line of defense against the ultimate enemy of humanity. Bokeen Woodbine, Keith David, and Steven Bauer co-star.

Don 'The Dragon' Wilson
as Tallis

Austin Vaccaro
as Operator No. 1

Joe Hess
as Operator No. 2

Caryn Mower
as Drone Scientist No. 2

Dawnn Lewis
as Angel
View All

Critic Reviews for The Last Sentinel

In one scene Wilson swims in what logically must be knee-deep water!

Johnson may crank up the energy, but the rest is overkill.

Audience Reviews for The Last Sentinel

There are no featured audience reviews yet. Click the link below to see what others say about The Last Sentinel!